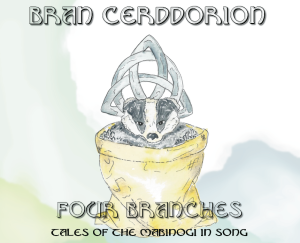 As I write this, there are 13 days separating me from the release date of Four Branches. The reality is finally sinking in of what I have done. It might not be the greatest thing ever to be produced and performed, but I am very proud of the album. I’ve always told myself I’d either get a book published or record an album (self-publishing a horrible 35,000 word novel at the age of 16 doesn’t count…), and after a year or two dilly-dallying around, I finally told myself to get on with it.

After receiving the artwork for the album, I slapped it all together and realized what I had on my hands (virtually, at least), was a completed project, and I was ready for the next step: production. I sent off the necessary stuff and realized I had completed what I had set out to do. And by June 23rd, I’ll have a lot of copies of the CD in my hot hands.

The next step was to tell people about this CD.

June 23rd has always been the release date in my mind for many reasons, regardless of how close it is to when I opened pre-orders (pre-orders, by the way, are available!). I liked the idea of having a “sabbat” release date, so two days after the Summer Solstice was close enough. And June 23rd hold extremely significant personal meaning (which you will probably hear about ON June 23rd).

June 23rd is my “pagan path anniversary” day, or as my wife coined it “Pagan Path Day.” This year I’ll be celebrating my 5th anniversary of walking a pagan path. I dedicated myself to a pagan path on Summer Soltice, June 22nd, 2010, and ever since then I’ve celebrated the “year and a day,” or June 23rd.

So to commemorate five amazing years, I decided I wanted that to be the release date of my album.

I’m really excited about where my album has taken me, and it’s really cool to look back not only over the last year, but over the last five years on where my path and passions have taken me (but more about that in 13 days!)

For example, on May 25th, I was on the Pagan Musings Podcast, talking about my new album. You can listen to that here: