Going with the Flow 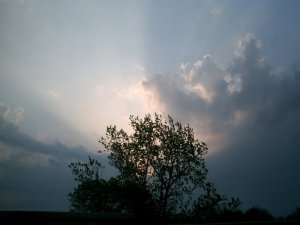 It’s been a few weeks since the 50 songs in 90 days (a.k.a. 50/90) started, and I’m just going with the flow. Also, four days ago marked the one month mark of Four Branches‘s release! I’m really excited about both of these, and I thought I’d talk a bit about 50/90’s progress so far.

So, in 50/90, you are encourages to write a song and record a demo (if possible) and post it to your personal 50/90 page (mine is here). More often than not, I do record a demo, no matter how simple/rudimentary, for each of my songs. I tend to set aside every Monday for recording since it’s the only day I don’t work and have the house to myself.

My first song I recorded for 50/90 is entitled Cumulus Drifting  and is actually based around the piano piece, one of the first ever “songs” I ever “wrote” when I first bought my cheap keyboard (my first real instrument I purchased at least 5 years ago).

One of my favorite parts of 50/90 is collaboration. It seems every year I collaborate with the user “wyatt” in which I record music for one of their lyrics. This year the collaboration came quite quickly as I read a particular lyric entitled Chaff Before the Wind. I could not get it out of my hand that this was an “Irish drinking song.” I recorded the demo almost before I notified them that I really wanted to record one! And here is the demo. Arguably one of my favorite songs I recorded thus far in 50/90.

Before this year, a LOT of my songs for 50/90 has been inspired by Celtic mythology (you can thank 50/90 for Four Branches). This year was a departure as I began writing songs based off of other stories…specifically parables of the Buddha.

Ever since I heard this particular parable, I was always enamored with the story of the wise man walking down the road and meeting the Buddha. He asked if he was a god, and the Buddha said no. He asked him if he was a wizard/sorcerer. Buddha said no. He asked if he was a man. Buddha said no. The wise man asked “what are you then?” The Buddha simply replied “I Am Awake.” Such a simple, but profound story. So I wrote a song about it. One of the verses in the song is based around verse 183 from the Dhammapada, so I sneak in some teachings of the Buddha in there, too. ;). I’m also trying to write a song based off another Buddhist parable. And you can hear lots of Buddhist themes throughout other demos of mine like Liberation.

I’ve also written songs based off of weird dreams, musings, etc. The source of inspiration when it comes to “forced” songwriting. And there’s still a lot more to come! I’m just going with the flow of Awen, slowly but surely. Who knows? Perhaps there’s another album in there somewhere!